On July 30, Mr. Li was invited as a juror for FDI MOOT Shenzhen (Simulated International Investment Arbitration Shenzhen Cup).Mr. Li and two Indian professors constituted the arbitral tribunal with Mr. Li as the Chief Arbitrator and presided over the arbitration.Contestants from two domestic universities, contestants fluent in English, showed a higher level.After the competition, three judges commented on the performances of the contestants.

This is also the 2nd year that Lee has been a judge for this competition.The competition was hosted by the Shenzhen Court of International Arbitration, and a total of 42 famous universities and colleges from the Mainland, Hong Kong and Macao participated, and the referees came from 46 countries and regions. 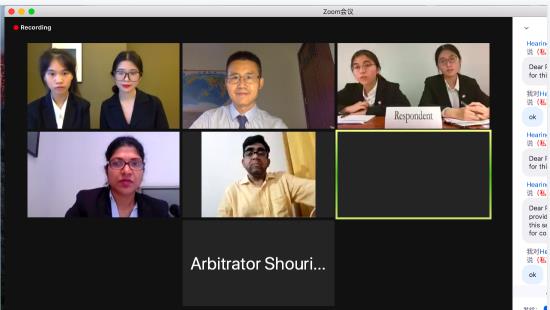